'Which?' Survey Picks Krakow As the Best European City for a Short Break, Again. Why?

For the third year running, Krakow piped the usual suspects to come out with flying colours in the 'Which?' survey to find the best European city for a quick trip. It clearly outshines the biggies like Amsterdam, Berlin, Madrid, Rome or Paris in the survey, which stamps the travellers’ unmistakable affinity towards the Polish city.

This is certainly a moment of pride for the whole of Poland. This is also the time to doff the hat towards the administration and people of Krakow who have maintained the city’s history, architecture and culture intact all through the years.

If you haven’t been to Krakow yet, it’s time to pack your bags and fly.

Which?, the largest independent consumer body in the UK with more than 1.3 million members that it has acquired over 60 years, conducts regular surveys on everything that has a consumer interest. This survey about the quick European getaways is an annual affair. Krakow was first featured in the survey in 2014. For the last three years, the city has won the top spot consecutively, beating the other more famous European destinations.

This year, Which? asked questions to its members on seven travel-related aspects: Food and Drink, Accommodation, Cultural sites/tourist attractions, Shopping, Ease of getting around, Value for money, and Lack of crowds. The survey covered 43 popular European destinations outside the UK. As many as 4704 Which? members responded to the survey questions.

Amazingly, Krakow got five-star ratings in four categories: Food and drink, Accommodation, Cultural sites/tourist attractions, and Value for money. It also got four-star ratings in Ease of getting around and Lack of crowds.

It scored only a three-star in Shopping. Interestingly however, no city has scored more than three stars in this particular category. It looks like online shopping options are killing the novelty and curiosity of destination shopping. 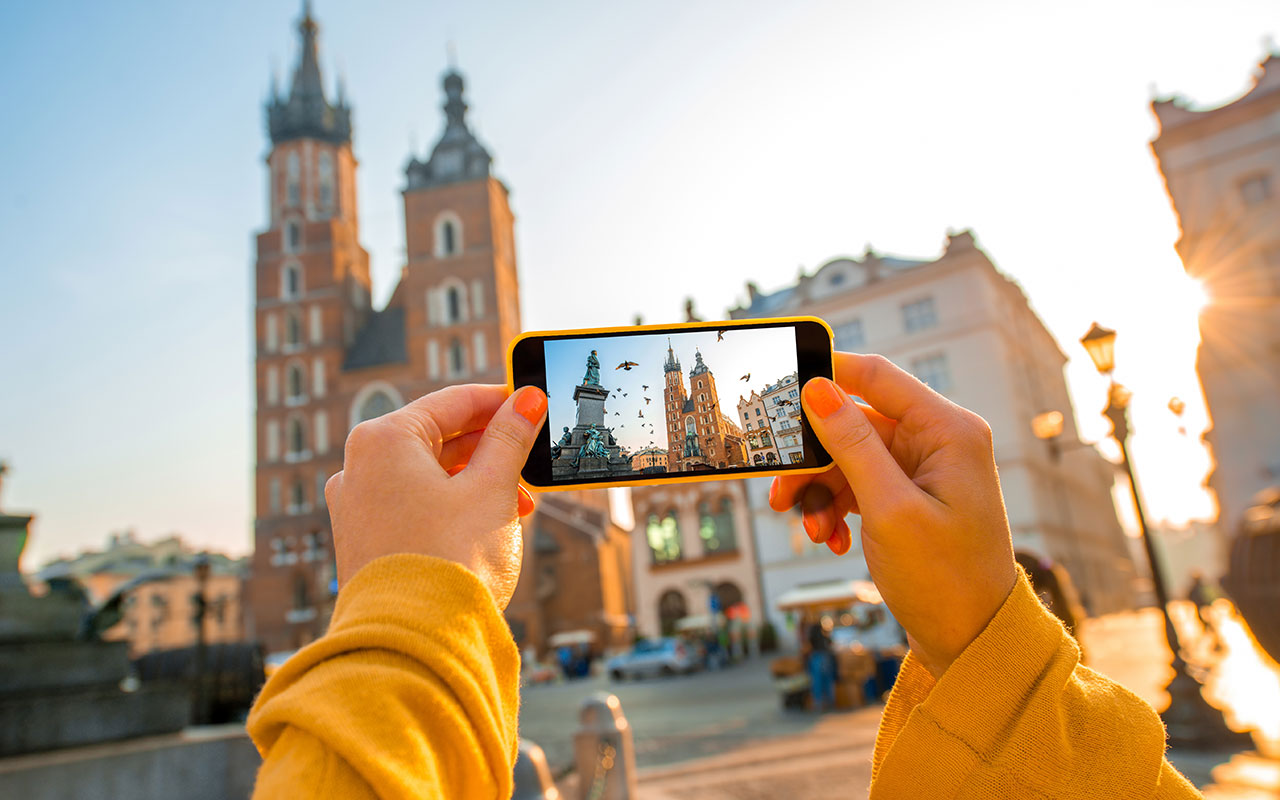 One of the Krakow's most picturesque (aka Instagram-friendly) sights, Main Square

What People Are Saying about Krakow

Most of the respondents are overawed, or even stunned, by the breathtaking architectural marvels in Krakow. The majesty of the Wawel Castle and the magnificence of Wieliczka salt mines have left a lasting impression on the visitors. The tourists in the survey rave about the Krakow Main Square’s charmingly laidback ambience with a historic backdrop. They seem to relish the Instagram-inspired photo opportunities that the city provides as well.

The most profound praise that the respondents of the survey sing in unison is the cost-effectiveness of the city. One respondent clearly wrote down what many others expressed through star ratings:

“Inexpensive restaurants are plentiful so book only accommodation and eat out at your leisure.”

Most of the visitors seem pleasantly surprised by the fact that a decent lunch is available for less than £7 and a beer cost just about £2. The Which? media team have even produced a neat little video on how to enjoy a day in Krakow by spending less than £20.

Rory Boland, the travel editor at Which?, nicely sums up this aspect in the video:

He lavished his praise on Krakow’s low-cost, high-quality dining and accommodation options during his media interaction following the release of the survey results. This is what he said to the UK media after Krakow was adjudged the most preferred destination for a short break:

“With a palace on every corner, and a plate of pierogi and a pint of Pilsner costing under £10, it's no wonder Krakow continues to top our survey.  To those holidaymakers still stuck on Amsterdam, Paris and other classic European destinations, try Poland for your next trip to find food, hotels and sightseeing that's just as good but at half the price.” 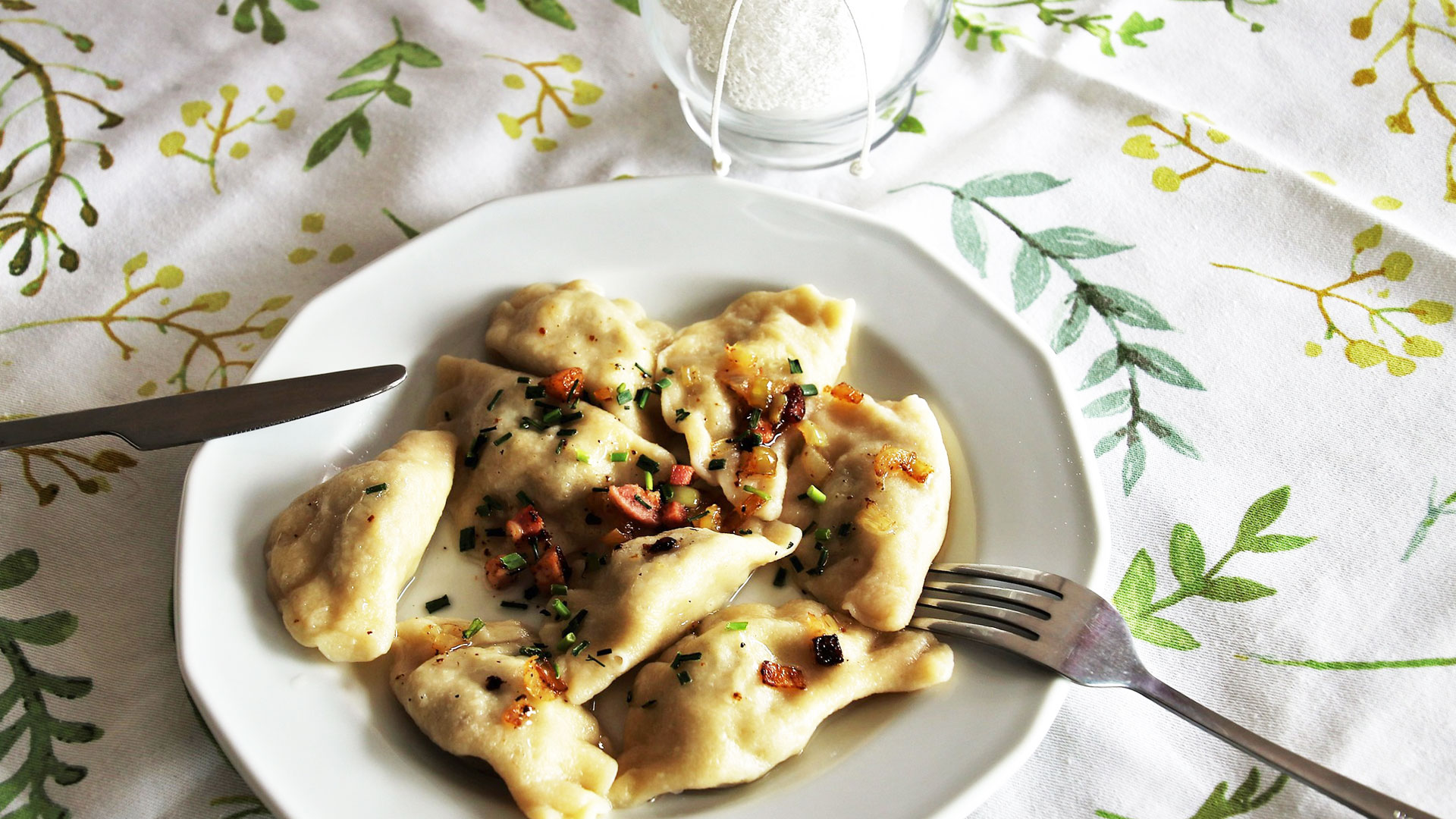 How Krakow Compares with Other Cities

Krakow’s overall score in the survey is 93%. The Spanish cities of Seville (90%) and Valencia (89%) come second and third, respectively. Berlin comes next with a score of 88%, followed by Amsterdam with 86%.

Among the more established destinations, Munich is at seventh and Venice is at eighth. Rome is at 27th place and Paris is at 30th. The Spanish port city of Alicante is ranked 43rd — the lowest in the survey.

If you look deep at the data offered by the survey, some interesting points emerge.

For instance, only three other cities — Seville, Bordeaux and Bologna — have received a five-star rating in the Food and drink category other than Krakow. Acknowledged foodie heavens like Paris, Rome and Prague are languishing with three-star ratings.

Seville, Berlin and the two Portuguese cities, Lisbon and Punchal, have been rated five-star in Accommodation category along with Krakow. To put this in context, a majority of the 43 cities have got three stars or less.

Most of the cities fared well in the Cultural sites/tourist attractions category. As you would guess, Krakow bagged a five star. So did Seville and a host of other cities. Where Krakow surged ahead of Seville is in the Value for money category. Krakow is the only city that has got a five star in this aspect.

As stated earlier, the UK travellers do not rate the shopping in the European destinations much. Krakow is one of the cities that managed to get a respectable three-star rating in this category.

Morale of the Survey

It is simple, folks: Krakow may not have the hype or the crowds. But it’s pure bliss for the travellers.

Copyright © 2019. Your City Guides. All rights reserved.
Project and development : Symbioza.net
It is your first visit on our website.
By staying on our website you are agreeing to our Cookie Policy check the Cookie Policy and Terms & Conditions of storing your personal data.
You may always change your browser settings, although it may cause problems with providing our services to you.
Accept